Not all "risk assets" are created equal

We all talk about the old RO-RO - the so called "risk-on/risk off" behavior of markets. It hasn't always been this way. "Risk assets" became particularly correlated after the financial crisis (see 2009 discussion). Many newer market participants simply accept this as a given. One constantly hears comments such as "it's been a risk-off week".  It's as though there are just two markets in the world: one consisting of the euro, the S&P500, oil, etc. and the other of treasuries and the US dollar.

Recently, however, correlations among risk assets have been on a decline. Certainly they are still elevated, as macro-focused asset managers reallocate exposures far more efficiently than they did 10 years ago. But market participants are beginning to differentiate among risk assets. 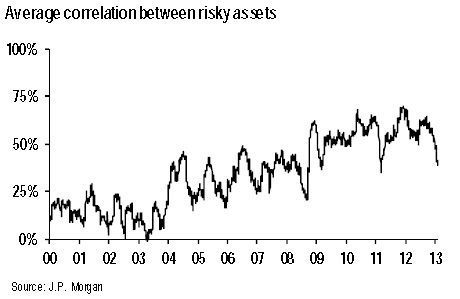 The Australian dollar is a good example. Generally viewed as one of the "risk assets" due to the nation's exposure to natural resources and therefore global growth, AUD has correlated well with other such assets. When we discussed the fact the AUD remains vulnerable due to Australia's economic slowdown (see discussion), many FX traders remained skeptical. The view was that the "risk-on" trade will lift AUD irrespective of Aussie growth. That's not what happened however, as we've seen AUD decouple strongly from risk assets such as equities. 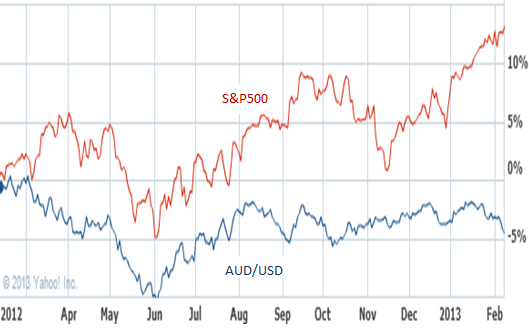 Similarly, the Japanese yen recently lost its status as a "risk-off" trade due to Japan's fundamentals (see discussion). So before jumping on the next RO-RO bandwagon, consider the fact that these days not all risk-on (as well as "risk-off") assets are "created equal".