Once again, the US consumer is expected to save the day

The "seasonal" manufacturing activity slowdown in the US (discussed here) has arrived on schedule. It is visible not just in the Markit PMI measure (below), but across other national and regional indicators as well. 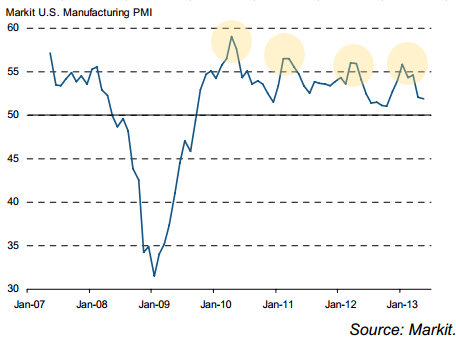 Here are some recent news quotes on the subject:
But no worries. Why bother with manufacturing when US personal consumption remains firmly above 70% of the GDP. 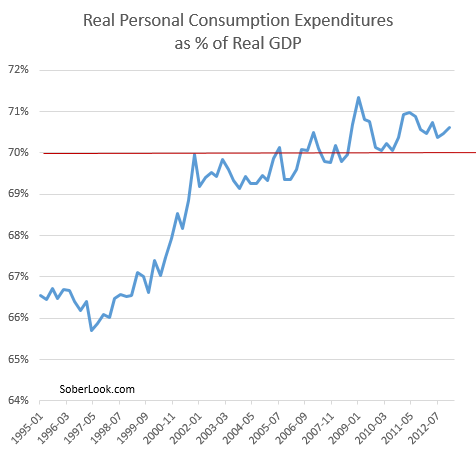 The conventional wisdom goes that if the consumer is happy and in a spending mood, the US economy should grow. And given the ongoing rally in housing and stocks, American consumers seem quite happy indeed. Consumer sentiment hit a post-recession high this month (chart below). Now we just have to see if this happiness translates into sales.


Given these improvements in consumer sentiment, nobody seems to care much about the silly manufacturing slowdown. The consensus seems to be that the US consumer will come to the rescue once again.