Abe gets ready to start "naming and shaming"

As discussed earlier (see post), the key issue with Japan's economy these dyays is wage growth - or lack thereof. And that is holding back the so-called Abenomics. Recent increases in prices (mostly from yen's depreciation) can not be sustained unless salaries keep up. Inflation and weak wage growth can squeeze consumer spending power and stall economic growth. And Japan needs to have a sustainable period of price increases to get out of the deflationary hellhole. With a long history of wage declines however, getting Japanese firms to change their behavior has been a difficult task. 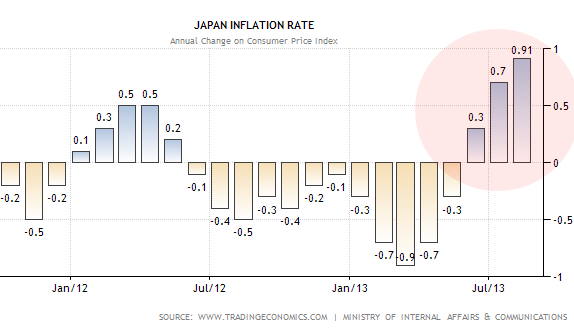 Apparently Abe has had enough. According to TV Tokyo (h/t ISI Group) Abe will begin pressuring business leaders directly to raise wages. The goal is to start with a corporate wage survey. How would a survey help? In Japan if the survey is published with the companies' names shown, the strategy of "naming and shaming" just might work. Public image is critical to most Japanese firms and this just may push them to change the way they pay their employees.