Market expectations of the first rate hike have once again been pushed out to May of 2015. 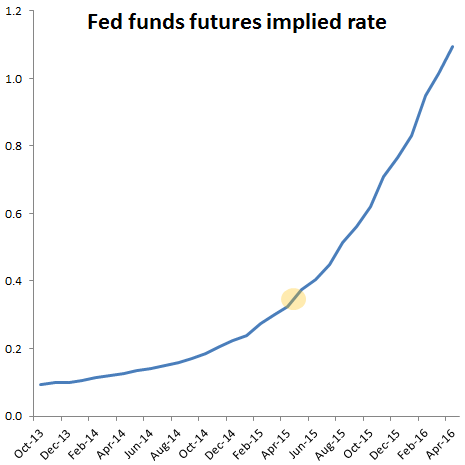 The combination of the Fed maintaining its unprecedented monetary easing program at the September meeting as well as the assumption that Janet Yellen will be taking over for Bernanke would suggest that the central bank is farther from any rate adjustment than was expected earlier this year. In fact the market now considers the Fed to be more dovish than the Fed's own rate forecasts would suggest.